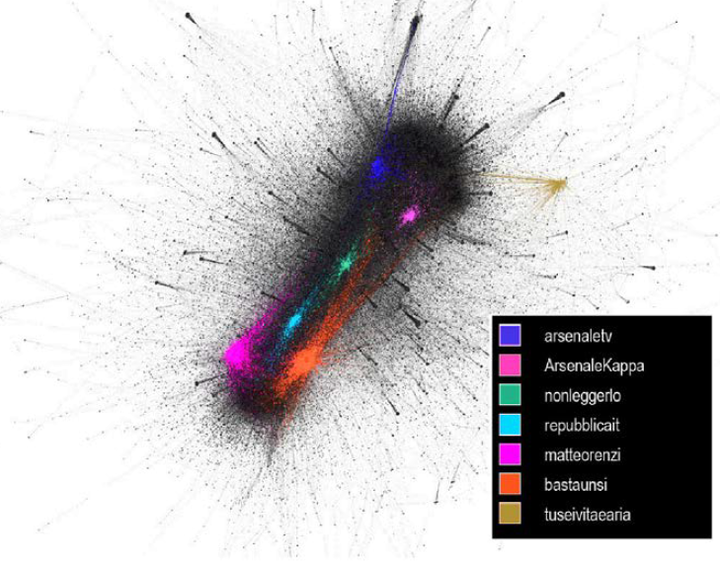 Social media platforms are increasingly used to convey advertising campaigns for products or services. A key issue is to identify an appropriate set of influencers within a social network, investing resources to get them to adopt a product. Influence maximization is an optimization problem that aims at finding a small set of users that maximize the spread of influence in a social network. In this paper we propose an influence maximization algorithm, named Weighted Artificial Bee Colony (WABC), that is based on a bio-inspired technique for identifying a subset of users which maximizes the spread. The proposed algorithm has been applied to a case study that analyzes the propagation of information among Twitter users during the Constitutional Referendum held in Italy in 2016. Our analysis is aimed at identifying the main influencers of the yes and no factions, and deriving the main information diffusion strategies of each faction during the political campaign. WABC outperformed ranking-proxy techniques based on classical centrality measures, i.e., PageRank, Rank and Degree. Even compared to DIRIE, which exploits a more complex algorithm, WABC was able to find a more accurate set of users which allows to maximize the spread in almost all the considered configurations.